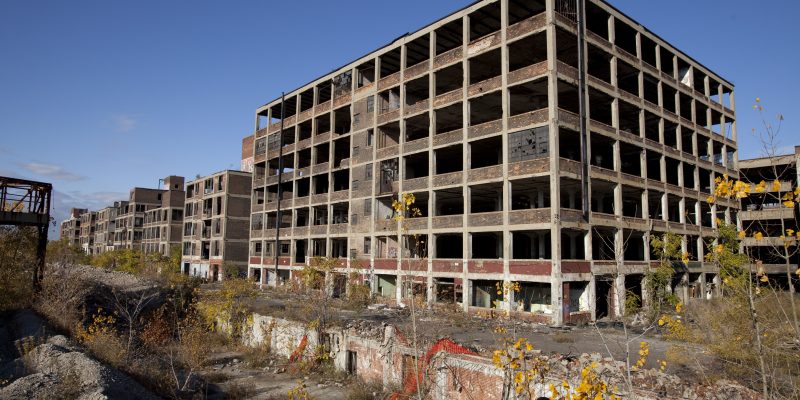 Detroit once bustled with business and manufacturing, but unlike many other cities of similar size, has seen population decline since the 1950s. As people left, and city blocks were abandoned, it became increasingly difficult to keep track of the over 400,000 parcels of land within its limits, especially with an antiquated computer system. It is estimated that there are some 80,000 or more abandoned buildings.

In 2013, White House officials funded an organization tasked with removing the blight, called the “Blight Task Force”. Their objective: “to develop a detailed implementation plan to remove every blighted structure and clear every blighted vacant lot in the City of Detroit as quickly as possible using an environmentally-conscious approach” (Source).

Of course, plans of this magnitude would involve a lot of surveying. How much exactly?

From mid-December 2013 through January 2014, 75 survey teams captured survey data for all 380,000 real estate parcels in the city of Detroit. Surveyors were trained to assess the extent of the blight for individual parcels, document such conditions, and flag them for suggested demolition if need be.

All survey information is available to the public: motorcitymapping.org

The project is currently in what it calls the “interactive” phase, where community members can ask questions or express concerns over plans for demolition in their locale. Buildings deemed to have historic importance will be saught to be preserved.

Their final objective is to make Detroit 100% blight free, though the legal processes involved in the demolition of abandoned homes will throw a wrench into the speed at which the task force can accomplish this.