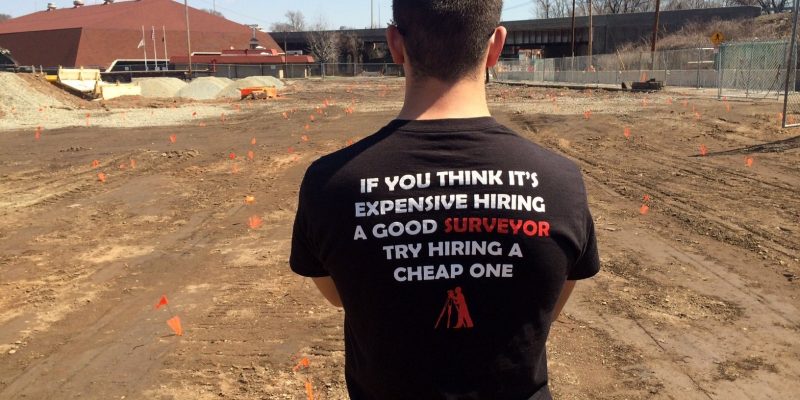 If you have ever lived near or driven by 1040 State Street, you are sure to have recognized the old Star Supply building. For years, this site has been the subject of multiple discussions about urban development projects.

However, a project is now fully underway to turn the blighted industrial site into modern housing apartments, rendering all but the iconic entrance to the building unrecognizable.

The State Street entrance to the Star Supply building

What’s left of the original building. Renovation of the old entrance will be a long, tedious process

Godfrey-Hoffman engineer Jim Rotondo, P.E., has been involved with the project as the site engineer. Our survey team has also mapped the site and has been working extensively on the project since it first broke ground. Upon completion, the new buildings will offer 235 residential units in total.

In total, there are some 1300 Geopiers required to be set, all of which must be located and flagged by our survey crew before they are drilled. This has involved numerous weeks at the site setting between 100 and 200 flags per day depending on the obstrutions of the day, such as the constant heavy construction traffic in and out of the site.

Accuracy matters when it comes to quotes and so does your time.

Since September 2017, GHA has been involved in a project to bring 30 bike share stations in New Haven. You can read more about Bike New Haven on the project website, in the New Haven Independent. and most recently on the front page of The New Haven Register. The project, headed by P3 Global Management (P3GM), is inspired by successful bike share programs in Portland, Oregon and Hoboken, New Jersey. Bike New Haven is intended to be an innovative addition to the existing public transportation system in New Haven, and will be accessible for those who live and work in New Haven.

A unique project such as Bike New Haven requires flexibility, familiarity with local permitting, and constant communication. Godfrey-Hoffman was able to respond to the client’s needs quickly and effectively. Each bike share station consists of bike racks and ad panels, as shown below. All 30 proposed stations are located in public rights-of-way. Before GHA could move forward with our portion of the project, there had to be many internal discussions on city regulations, and how to navigate the requirements of several city departments, including Engineering, Traffic and Transportation, and City Planning. On October 6, 2017, GHA Project Manager Marcus Puttock, attended a meeting with P3GM and the relevant city departments to come up with a plan that would satisfy city regulations, and meet the client’s needs in a timely fashion. Following this meeting, GHA was able to finalize a scope of services from site mapping to permitting, and create a workflow plan that would bring the project from the mapping stage to site plan creation.

In late October 2017, field work began. The GHA survey department took on the task of establishing control, mapping each site, collecting pictures, and drafting. After the field work was completed, the next stage began. Marcus created site plans in collaboration with P3GM, which were then submitted to the city for comment and public hearing. P3GM was able to get the project approved for construction by City Planning in November 2017. Construction commenced in January 2018, and is proceeding, as seen below. While no two survey jobs are the same, there is usually a certain formula for how a job moves from the proposal stage, through mapping, drafting and so on. Bike New Haven was a completely new formula. The project required constant communication and research prior to the proposal stage. It also presented the unique challenge of researching and navigating public right of way laws and city regulations. Despite these challenges, Bike New Haven is an exciting opportunity for GHA to move forward a project that will bring inexpensive, accessible public transportation to residents of New Haven. 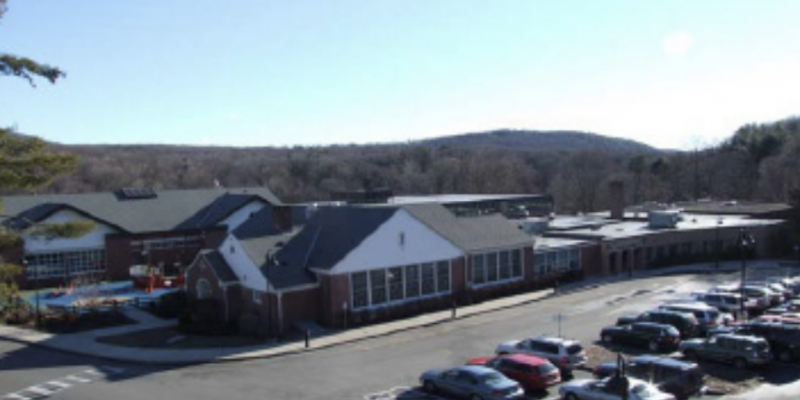 As we complete the Department of Transportation New Haven Rail
Yard Project, I would like to take the opportunity to thank you for
another job well done. Our relationship goes back many years, and my firm
appreciates the level of professionalism and expertise Godfrey-Hoffman
brings to the table. In a business as difficult as construction is, a General
Contractor needs to rely on critical subcontractors who are dependable and
who contribute to the team effort required to bring a project to successful
completion. Over the years we have performed a diverse array of projects
together including custom homes, school projects, elderly housing, railroad, train stations, etc. This is a testament to the trust and confidence
we have in your firm. Again, thank you and I hope that our relationship can
continue to prosper even in the tough economic times we now face.

Banton Construction Company was founded in 1979 and has steadily grown to emerge as a leading general contracting and construction management firm in the Connecticut market.

Godfrey-Hoffman Associates worked with Banton Construction in the surveying, design, and permitting of many projects, including: 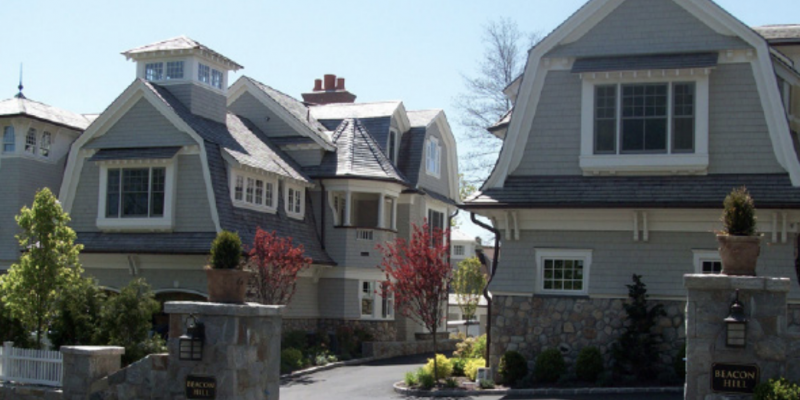 “Godfrey-Hoffman Associates has provided Belray Capital, LLC with
prompt, professional service from initial design thru final construction. Their creativity and knowledge have helped us meet the challenges of
the real estate market in lower Fairfield County. We have entrusted Adam
and his firm with the surveying, site design & permitting of an approximate
$60 million dollar residential development as well as many other real estate
acquisitions. GHA has always delivered professional services with amazing
turnaround time all at a very competitive rate. I look forward to continuing
the strong working relationship that we have developed over the years.”

Belray Capital, LLC, founded in 1999 by Brandon Lacoff and Ron Young, Jr., is a private equity investment company located in Greenwich, Connecticut that specializes in both residential and commercial real estate.

Belray Capital received three Home Building Industry (HOBI) awards from the Home Builders Association of Connecticut for its Beacon Hill of Greenwich work. Among the awards they were recognized for were Best Smart Growth Community in Fairfield County, Best Attached Community, and Best Attached Home Over 4,000 square feet.

GHA also performed the following for the project: 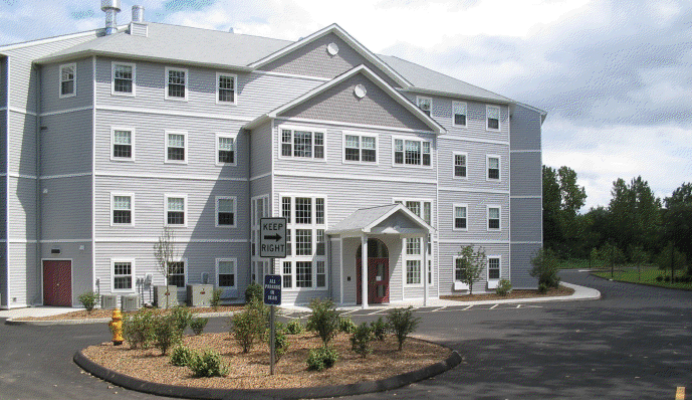 GHA worked closely with the architectural firm of Fredricksen & Guido of North Haven on the design and permitting of this project. This project’s estimated cost was approximately $14 million dollars. The project owner was Steve Darley of Parnell Associates. GHA also worked closely with LaRosa Construction out of Meriden, Conn., on the construction side of the project.

After leaving the army in 1969, Steve Darley moved to New Haven, Connecticut to work as an attorney for the New Haven Redevelopment agency. He operated a real estate development company between 1972 and 2009, which specialized in developing affordable housing and completed over 1100 units. Steve also formed his own construction company in 1985 which specialized in residential construction. Darley retired from his development and construction business in 2009 after spending almost forty years as a real estate developer and contractor. Steve has been a client of Godfrey Hoffman & Associates for over 30 years.

Project owner Steve Darley chose Godfrey-Hoffman specifically due to the professionalism they have experienced over the years. This project took over 4 years for approval. It went through intense scrutiny from the Connecticut Department of Energy and Environmental Protection (DEEP), Army Corp of Engineers, the Department of Transportation (DOT), Housing and Urban Development (HUD), the Town of North Haven’s Inland Wetlands, Zoning Board of Appeals and Planning & Zoning Commission.